India. It will be held in English, Spanish and Chinese.

This year’s motto “Compassion through Poetry” is consciously thought of and agreed upon by the executive board of World Congress of Poets. The theme will appear most appropriate to you once you visit and experience it for yourself at KIIT and KISS which is based on the ethos of Art of Giving.

Lectures from Nobel Laureates and our book presentation will enrich in this ever- evolving genre. A perfect break from the academia of poetry, you may dance and sing by the ocean and relive the history in the sun temple of Konark. The event will also be graced with the presence of Authors, Academicians and eminent Personalities from all across the globe an amalgamation of literature, art, culture and tradition under one umbrella.

Let’s all reunite forming a single heart that beats for the love in our Universe and compassion for all.

The eligibility criteria for poets to be participating in the Congress are as follows:

Take memories back home from WCP19 in the form of an Anthology. Each poet will roughly get about 3 pages of the Anthology. They may submit the number of poetries depending on the size of the poems.

This year our poetry contest will be very important as this year we will be celebrating 50th Anniversary of WAAC. The first three places will have Diplomas and money prizes up for grabs. 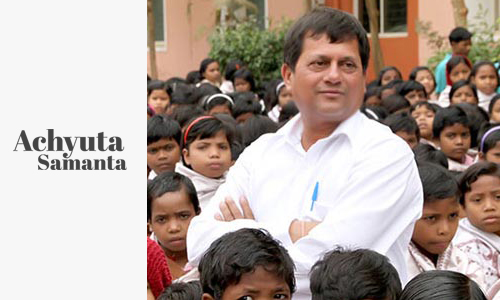 He is the Founder of Kalinga Institute of Industrial Technology (KIIT ) and Kalinga Institute of Social Sciences (KISS), Bhubaneswar – the fully free and fully residential tribal institute. He has converted the remote village ‘Kalarabanka’, Cuttack into a Smart Village and the entire Manpur Panchayat into a model Panchayat (cluster of villages). He has already started working to establish 12 branches of KISS in different districts, besides establishing KISS-Delhi for the underprivileged sections of the society. Besides providing around 10,000 direct employment in KIIT and KISS, he has created over 1,00,000 indirect employment and more than 100 successful entrepreneurs across the country. His hobby is to give happiness and smiling face to the millions of poor.

Prof. Achyuta Samanta (www.achyutasamanta.com) was born to Late Neelima Rani Samanta and Late Shri Anadi Charan Samanta. But, unlike most children blessed with endless care, comfort and compassionate nurture in the lap of their parents, Achyuta Samanta’s childhood was the most difficult, grief-stricken and struggle-full. He was four when his father died in a tragic train accident.His father, a petty worker, exhausted the limited money he earned and took a huge amount of hand loan to support his seven children and wife. The family bequeathed debts and poverty after father’s untimely death and had to face humiliation. After the death of his father, they shifted to Kalarabanka, a remote village near Cuttack in Odisha.

He did not have a single hand of solace and consolation to guide, advise and motivate. Such

helplessness did not deter him to help his mother in the menial work and augment the family income which did not ever make both the ends meet.  He got his primary education from the village school by the mercy of the local headmaster. He completed his undergraduate, graduate and doctoral programme with dedication and belief that Education empowers and has a power to transform his life and others.

Achyuta Samanta, after obtaining Master’s Degree in Chemistry in 1987 from Utkal University, started his career at 22 years of age. He has 30 years of teaching experience to his credit so far.  Prof. Samanta went on to serve KIIT as its first Chancellor and has had the distinction of being the youngest Chancellor of any Indian University. He served University Grants Commission (UGC) as Member for two consecutive terms (2008-11 & 2011-2014) and was a Member of the Executive Committee of All Indian Council for Technical Education (AICTE). He was also member of several other Government of India bodies like, NCTE, ISTE, ISCA, COIR BOARD, CAPART and many more. He has been a Member on the Academic Council of Central University, Silchar, Assam and the Central University, Odisha. He was the first Indian to be Member of both UGC and AICTE simultaneously and the first Odia to become Member of UGC and many other statutory bodies. He has delivered many motivational speeches, including convocation addresses and foundation day lectures, in different institutions and organizations across the country and the globe.

happiness, Education for all, Kanya Kiran- A flagship initiative to stop violence against women and Girl Child, New Mind New Dreams to reach out to the villages in Odisha and engage in various drives- plantation, cleanliness, Hygiene, Lifeskills.

Dr. Samanta has earned global recognition for his dedication and commitment to the fight for

educational equity. Despite his spectacular success and achievements, he leads a simple and dedicated life in a two room rented house as a bachelor dedicating himself to the service of humanity with patience and passion as his strength and humility, simplicity, modesty and transparency as his assets. He truly blazes the trail of service to humanity with a new assignment as a Member of Parliament in Upper House from Odisha. He aspires to be the voice for the tribal and poor and bring Empowerment in their lives by achieving Zero Poverty, Zero Illiteracy and Zero Hunger indeed, his story is the saga of rise from a leaf- picker to policymaker. 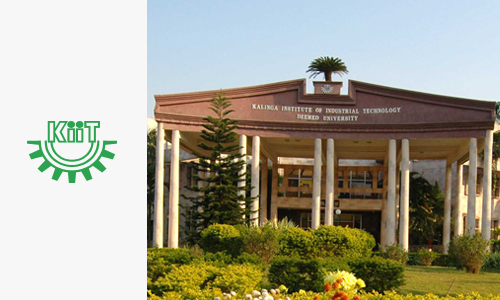 From a modest beginning in 1997, Kalinga Institute of Industrial Technology (KIIT) has evolved into a multi-disciplinary institution, respected worldwide for its culture of educational excellence. The excellent academic ambience, quality faculty, adherence to strict academic rigor and plethora of other academic activities led to grant of university status under Section 3 of UGC Act 1956 to the institute by the Ministry of HRD, Govt. of India in the year 2004, within just six years of its inception. MHRD conferred Category ‘A’ status and NBA of AICTE accredited it in Tier 1 (Washington Accord) in 2014, placing KIIT among the most elite universities of the country.

It has been the only Deemed University in the entire East and North region of India to get the 1001+ in Times Higher Education World Ranking, twenty six years of institute and 14 fourteen years of University. KIIT is also among the sixty universities declared as autonomous university by the Ministry of HRD among the Government and private with 26th ranking for KIIT. KIIT TBI has been declared as the best TBI and its student has been declared as the best start-up and got the award from Hon’ble President of India. Credibility of this university is very high among the students’, parents and public.

Its huge infrastructure is unparalleled to any university. Besides, KIIT has created huge sports infrastructure available in any university in India among the Government and Private. It has produced Olympians and also number of students qualified in Civil Services including 9th position in last Civil Service Examination. This is the only Deemed University in the country where the Chancellor post has been occupied by the renowned academicians like the UGC Chairman and renowned Legal Luminary, renowned academicians since its inception. This is the only university in the country, which has been visited by more than 22 Nobel Laureates in the last 10 years. Besides, all the policy makers and academicians including Hon’ble President, Vice President, Prime Minister of India and other countries. Ministry of HRD, Government of India awarded KIIT for setting up Innovation Council under AICTE, New Delhi.

KIIT School of Law has been awarded the Best Innovative Law School in India 2018 by the Vice President of India. KIIT School of Management ranked 22nd as per the National Institutional Ranking Framework (NIRF), MHRD, Government of India, 2018 in B-School Rankings. More than 600 students are pursuing their profession education from 60 countries and KIIT has signed MoU with more than 180 universities. Its outreach work for social cause is next to none in entire globe. Kalinga Institute of Social Sciences is a residential school providing free education, room and board, medical care, vocational, athletic and artistic training to 50,000 indigenous children from 62 tribal groups. Located in Bhubaneswar, the capital of the state of Odisha, it is funded primarily by profits from its sister institution, the Kalinga Institute of Industrial Technology (KIIT), a well-respected for-profit university; both institutions were founded by him.

He has singlehandedly ushered in a revolution to give a new lease of life to millions at the margins. The same person who has received profound appreciation for unique initiatives has lived a life of struggle and miseries. He lost his father at the age of four and grew up with six siblings amidst penury and poverty, sharing the burden of his widowed mother in a remote village in Odisha. Samanta dared to take steps that nobody thought of to bring them out from the clutches of violence of Naxalism. The students have a job at hand after graduation.

16000 (60% of total strength) of the students are girls. KISS has always advocated and practiced Women Empowerment. It has arrested drop-out rate, improved health conditions, overcome human trafficking child marriage, Child labor. The students have excelled in academics, sports, and other extra-curricular activities year after year while still rooted in their own rich tribal culture and heritage. If one child gets empowered and educated, the lives of the people in the entire village changes. They act as the changemakers for their communities. The communities get the benefit the education and still remain close to their culture, identity, language and heritage. He is now transforming the lives of more than 0.5 million indigenous children indirectly and meeting the hopes and aspiration of the indigenous population since 25 years with intervention in the areas of education, employment, vocational, health, climate change and peace.

Stay tuned about the news & updates of WCP 2019